According to many social science studies, psychological well-being is positively correlated with religious engagement.

There is now extensive research suggesting that religious people are happier and less stressed than their non-religious counterparts. Social scientists have identified a number of mechanisms that might explain why religion might make an individual happier, none of which rest on the explanation of divine intervention or supernatural phenomenon. Certain features of religious practice may facilitate greater well-being for members. These include the following:

Scientific Studies of Religion and Health

The Legatum Prosperity Index reflects the research that suggests that there is a positive link between religious engagement and well-being. People who report that God is very important in their lives are on average more satisfied with their lives, after accounting for their income, age and other individual characteristics that might bias results. A 1993 study by Kosmin & Lachman indicated that people without a religious affiliation appeared to be at greater risk for depressive symptoms than individuals affiliated with a religion. Surveys by Gallup, the National Opinion Research Center and the Pew Organization conclude that spiritually committed people are twice as likely to report being “very happy” than the least religiously committed people. An analysis of over 200 studies contends that high religiousness predicts a lower risk of depression, a lower risk of drug abuse, fewer suicide attempts. Those same studies associate religious involvement with reports of higher satisfaction with sex life and a sense of well-being. A review of 498 peer-review academic studies revealed that a large majority of them showed a positive correlation between religious commitment and higher levels of perceived well-being of self-esteem. These same studies revealed a positive correlation between religious involvement and lower levels of hypertension, depression, and clinical delinquency. A meta-analysis of 34 recent studies published between 1990 and 2001 found that religiosity has a salutary relationship with psychological adjustment. Religious involvement was related to less psychological distress, more life satisfaction, and better self-actualization. Finally, as signaled in a recent review of 850 research papers, the majority of well-conducted studies suggest that higher levels of religious involvement are positively associated with indicators of psychological well-being (life satisfaction, happiness, positive affect, and higher morale). In these studies, religious involvement was associated with less depression, fewer suicidal thoughts, and less drug alcohol abuse. 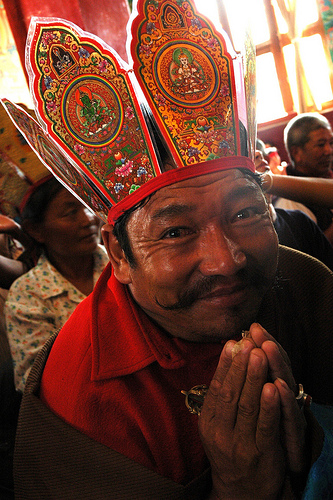