The Story of Raoul Wallenberg

Born into a prominent and wealthy family in Sweden, Raoul Wallenberg grew up especially close to his mother and grandfather (his father had earlier died from cancer). Early in life he demonstrated a flair for languages and became fluent in English, French, German, and Russian. Raoul pursued a college education in the United States, where he distinguished himself academically en route to completing a B.A. in architecture from the University of Michigan in 1935. Following a period during which he lived and worked in South Africa and then Palestine, he returned to his native Sweden, where he became increasingly concerned about the treatment of the Jews in Nazi Germany. His work in the import-export business took him to Budapest, Hungary, where by 1944 the Nazis were sending between 10,000 and 12,000 Jews to their deaths in the gas chambers every day. It was around this time that Wallenberg accepted a position with the Swedish embassy in Budapest. 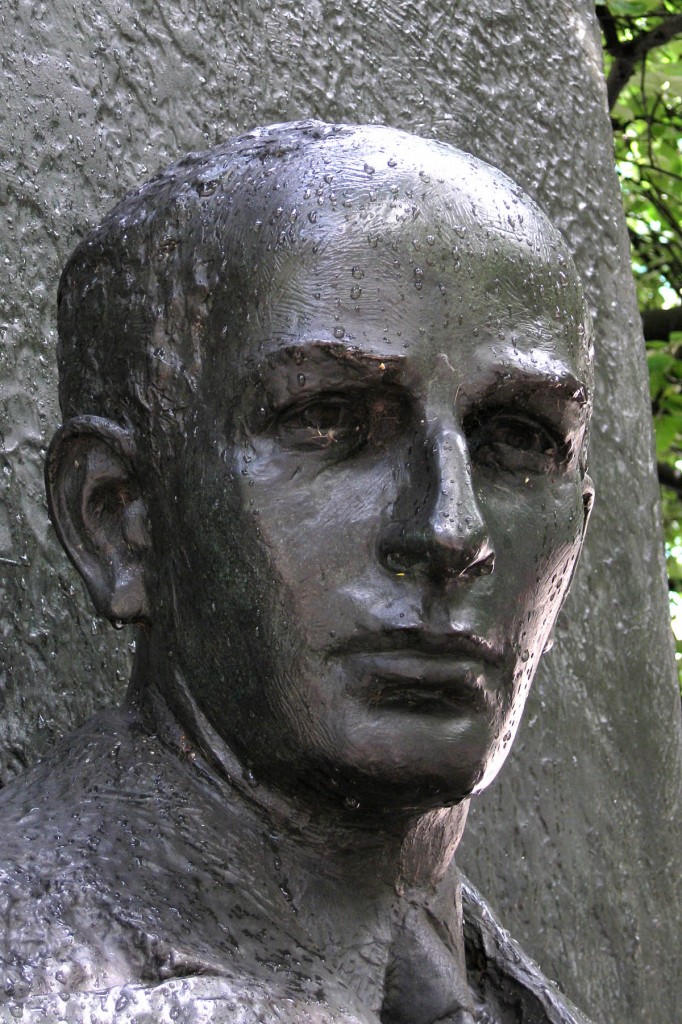 What took place over the next six months is an extraordinary and miraculous story of courage and caring. Deciding that he had to do everything in his power to help save the Jews of Hungary, Wallenberg began by establishing an office and “hired” 400 Jewish volunteers to run it so that they could receive diplomatic protection. Next, without his government’s authorization, he invented an official-looking Swedish passport, the “Schutzpass,” that he distributed to as many Jews as he could. This fake passport alone helped save the lives of approximately 20,000 Jews. He even set up 32 “safe houses” that became attached to the Swedish embassy and used them to protect 35,000 Jews. He worked long hours, sleeping barely four hours each night. He bribed, manipulated, confronted, and harassed officials in order to achieve his goal of saving the Jews of Hungary.

As the Soviet army invaded from the east, the Nazis began to escalate their annihilation of the Hungarian Jewish population. Wallenberg promptly threatened the Nazi commander, indicating that he would personally see the commander hanged for crimes against humanity. The commander backed down and called off the assault, thereby saving the lives of another 70,000 Jews.

Unfortunately, Wallenberg was arrested by the Soviets and never heard from again. Some reports indicate that he remained in a Soviet prison for years and eventually died there.

Raoul Wallenberg has been made an honorary citizen of Australia, Canada, Hungary, Israel, and the United States, and there are memorials and awards in his name around the world. In 1985, speaking on the 40th anniversary of his arrest, the U.S. ambassador to the United Nations said that Wallenberg “has become more than a man, more even than a hero. He symbolizes a central conflict of our age, which is the determination to remain human and caring and free in the face of tyranny. What Raoul Wallenberg represented in Budapest was nothing less than the conscience of the civilized world.”

Schreiber, P. (2014). The Story of Raoul Wallenberg. Retrieved from http://www.wallenberg.umich.edu/story.html.

The goal of this book is to help you learn to think about social behaviors in the same way that social psychologists do. We believe you will find this approach useful because it will allow you to think about human behavior more critically and more objectively and to gain insight into your own relationships with other people. Social psychologists study everyday behavior scientifically, and their research creates a useful body of knowledge about our everyday social interactions.