Industry has become more information driven and less labor intensive, leading to a polarization between high- and low-skilled jobs.

The Information Age has impacted the workforce in several ways. First, it has created a situation in which workers who perform easily automated tasks are being forced to find work that is less automated. Secondly, workers are being forced to compete in a global job market. Thirdly, workers are being replaced by computers that can do the job more effectively and faster. This poses problems for workers in industrial societies which are still to be solved. Solutions that involve having the workers work less hours are usually met with high resistance from the workers. 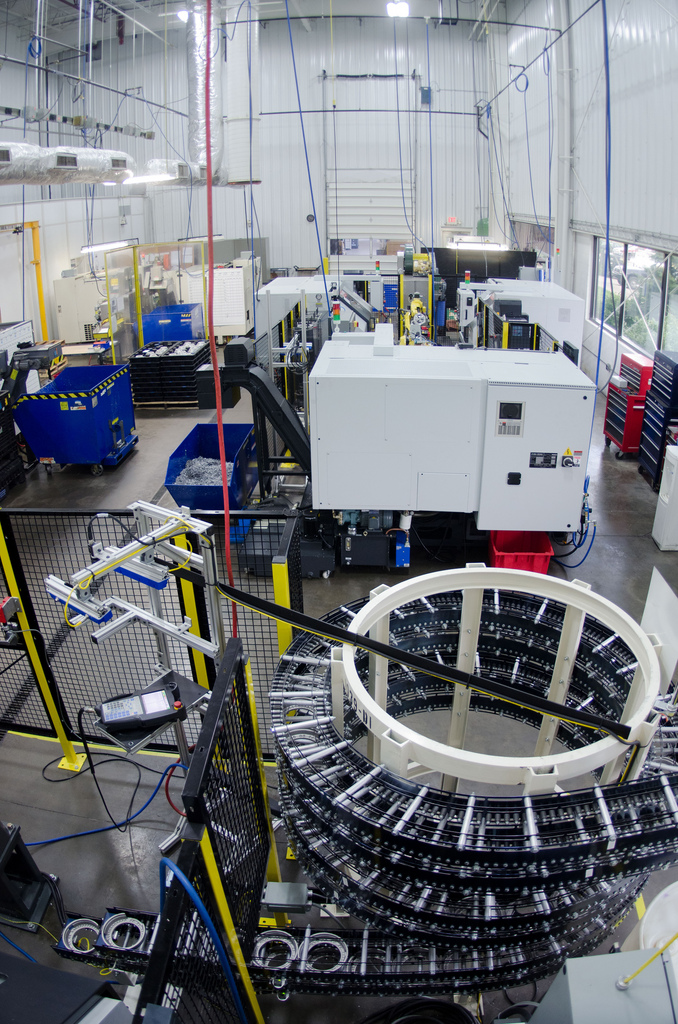 Automation: As industry has become increasingly automated, it has become more cost-effective for companies to use robot labor rather than manpower. Thus, many people lose their jobs to robots.

Jobs traditionally associated with the middle class (assembly line workers, data processors, foremen, and supervisors) are beginning to disappear, either through outsourcing or automation. Individuals who lose their jobs must either move up— joining a group of “mind workers” (engineers, attorneys, scientists, professors, executives, journalists, consultants)— or settle for low-skill, low-wage service jobs. The “mind workers” form about 20 percent of the workforce. They are able to compete successfully in the world market and command higher wages. Conversely, production workers and service workers in industrialized nations are unable to compete with workers in developing countries. They either lose their jobs through outsourcing or are forced to accept wage cuts.

There is another way in which the Information Age has impacted the workforce: automation and computerization have resulted in higher productivity. In the United States for example, from Jan 1972 to August 2010, the number of people employed in manufacturing jobs fell from 17,500,000 to 11,500,000 but manufacturing value rose 270 percent. It initially appeared that job loss in the industrial sector might be partially offset by the rapid growth of jobs in the IT sector. However, after the recession of March 2001, the number of jobs in the IT sector dropped sharply and continued to drop until 2003. Even the IT sector is not immune to this problem.

Industry is becoming more information-intensive and less labor and capital-intensive. This trend has important implications for the workforce; workers are becoming increasingly productive as the value of their labor decreases. However, there are also important implications for capitalism itself. Not only is the value of labor decreased, the value of capital is also diminished. In the classical model, investments in human capital and financial capital are important predictors of the performance of a new venture.

The polarization of jobs into relatively high-skill, high wage jobs and low-skill, low-wage jobs has led to a growing disparity between incomes of the rich and poor. The United States seems to have been more impacted than most countries with income inequality beginning to rise in the late 1970s, and the rate of disparity continuing to rise sharply in the twenty-first century.