The term group refers to any collection of at least two people who interact frequently and share identity traits aligned with the group (Griffiths et al. 2015). Groups play different roles in our lives. Primary groups are usually small groups characterized by face-to-face interaction, intimacy, and a strong sense of commitment. Primary groups remain “inside” us throughout our lifetime (Henslin 2011). Secondary groups are large and impersonal groups that form from sharing a common interest. Different types of groups influence our interactions, identity, and social status. George Herbert Mead (1934) called individuals effecting a person’s life as significant others, and he conceptualized “generalized others” as the organized and generalized attitude of a social group.

Different types of groups influence our interactions, identity, and social status. An in-group is a group toward which one feels particular loyalty and respect. The traits of in-groups are virtues, whereas traits of out-groups are vices (Henslin 2011). An out-group is a group toward which one feels antagonism and contempt. Consider fans at a sporting event, people cheering on our supporting the same team will develop an in-group admiration and acceptance while viewing fans of the opposing team as members of
their out-group. 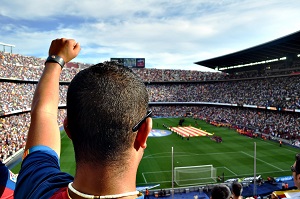 Group dynamics focus on how groups influence individuals and how individuals affect groups. The social dynamics between individuals plays a significant role in forming group solidarity. Social unity reinforces a collective identity and shared thinking among group members thereby constructing a common culture (Griswold 2013). Commonalities of group membership are important for mobilizing individual members. When people attempt to create social change or establish a social movement group, solidarity helps facilitate motivation of individuals and framing of their actions. The sense of belonging and trust among the group makes it easier for members to align and recognize the problem, accept a possible solution, take certain actions that are congruent and complementary to the collective identity of the group (Griswold 2013).

People accept the group’s approach based on solidarity and cohesiveness that overall amplifies personal mobilization and commitment to the group and its goals.

Research TED Talks videos on social movements and social change such as the following:

An organization refers to a group of people with a collective goal or purpose linked to bureaucratic tendencies including a hierarchy of authority, clear division of labor, explicit rules, and impersonal (Giddens, Duneier, Applebaum, and Carr 2013). Organizations function within existing cultures and produce their own. Formal organizations fall into three categories including normative, coercive, and utilitarian (Etzioni 1975). People join normative or voluntary organizations based on shared interests (e.g., club or cause). Coercive organizations are groups that people are coerced or forced to join (e.g., addiction rehabilitation program or jail). People join utilitarian organizations to obtain a specific material reward (e.g., private school or college).

When we work or live in organizations, there are multiple levels of interaction that effect social unity and operations. On an individual level, people must learn and assimilate into the culture of the organization. All organizations face the problem of motivating its members to work together to achieve common goals (Griswold 2013). Generally, in organizations small group subcultures develop with their own meaning and practices to help facilitate and safeguard members within the organizational structure. Group members will exercise force (peer pressure and incentives), actively socialize (guide feelings and actions with normative controls), and model behavior (exemplary actors and stories) to build cohesiveness (Griswold 2013). Small groups play an integral role in managing individual members to maintain the function of the organization. Think about the school or college you attend. There are many subcultures within any educational setting and each group establishes the norms and behaviors members must follow for social acceptance. Can you identify at least two subcultures on your school campus and speculate how members of the group pressure each other to fit in? On a group level, symbolic power matters in recruiting members and sustaining the culture of a group within the larger social culture (Hallet 2003). Symbolic power is the power of constructing reality to guide people in understanding their place in the organizational hierarchy (Bourdieu 1991). This power occurs in everyday interactions through unconscious cultural and social domination. The dominant group of an organization influences the prevailing culture and provides its function in communications forcing all groups or subcultures to define themselves by their distance from the dominant culture (Bourdieu 1991). The instrument of symbolic power is the instrument of domination in the organization by creating the ideological systems of its goals, purpose, and operations. Symbolic power not only governs culture of the organization but also manages solidarity and division between groups. We see examples of symbolic power in the military. Each branch of the military has a hierarchy of authority where generals serve as the dominate group and are responsible for the prevailing culture. Each rank socializes members according to their position within the organization in relation to the hierarchy and fulfills their role to achieve collective goals and maintain functions.

Describe the culture of an organization where you have worked, volunteered, or attended school.

There are external factors that influence organizational culture. The context and atmosphere of a nation shapes an organization. When an organization’s culture aligns with national ideology, they can receive special attention or privileges in the way of financial incentives or policy changes (Griswold 2013). In contrast, organizations opposing national culture may face suppression, marginalization, or be denied government and economic. Organizations must also operate across a multiplicity of cultures (Griswold 2013). Culture differences between organizations may affect their operations and achievement of goals. To be successful, organizations must be able to operate in a variety of contexts and cultures. Griswold (2013) suggested one way to work across cultural contexts is to maintain an overarching organizational mission but be willing to adapt on insignificant or minor issues. Financial and banking institutions use this approach. Depending on the region, banks offer different cultural incentives for opening an account or obtaining a loan. In California, homeowners may obtain a low interest loans for ecological improvements including installation of solar panels, weatherproof windows, or drought resistance landscaping. In the state of Michigan, affluent homeowners may acquire a low interest property improvement loan, and very low-income homeowners may receive grants for repairing, improving, or modernizing their homes to remove health and safety hazards.

Working across organizational cultures also requires some dimension of trust. Organizational leaders must model forms and symbols of trust between organizations, groups, and individuals (Mizrachi, Drori, and Anspach 2007). This means authority figures must draw on the organization’s internal and external diversity of cultures to show its ability to adapt and work in a variety of cultural and political settings and climates. Organizations often focus on internal allegiance forgetting that shared meaning across the marketplace, sector, or industry is what moves understanding of the overall system and each organization’s place in it (Griswold 2013). The lack of cultural coordination and understanding undermines many organizations and has significant consequences for accomplishing its goals and ability to sustain itself.

Consider the culture of an organization where you have worked, volunteered, or attended school. Describe a time when you witnessed someone receive a nonverbal, negative sanction (e.g., a look of disgust, a shake of the head, or some other nonverbal sign of disapproval).