2. The Biological and Emotional Causes of Aggression

3. The Violence around Us: How the Social Situation Influences Aggression

4. Personal and Cultural Influences on Aggression 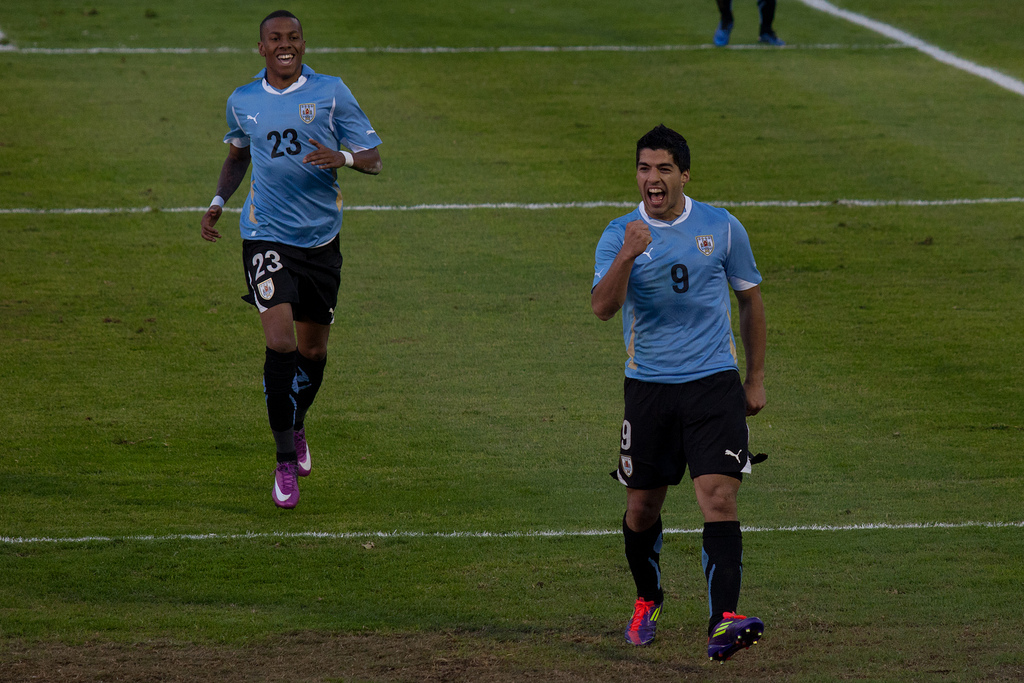 On June 24, 2014, Luis Suarez, Uruguay’s star football player, was representing his country in a group-stage match against Italy at the FIFA World Cup. The match was still tied at 0-0 when, in the 79th minute, Suarez appeared to intentionally bite the shoulder of Giorgio Chiellini, the Italian defender. Chiellini immediately alerted the officials to the act while Suarez, who fell to the ground, appeared to indicate an injury to his teeth. At the time, the attention of the match officials was focused on other players closer to the soccer ball, and so they did not notice the bite and play continued. Two minutes later, Uruguay scored the only goal of the match, which took them through to the knockout stage of the World Cup while sending Italy, the 2006 champions, crashing out.

Suarez and the Uruguayan management initially denied the bite only for the striker to later apologize on Twitter, admitting that “the truth is that my colleague Giorgio Chiellini suffered the physical result of a bite in the collision he suffered with me.” FIFA’s disciplinary committee found Suarez guilty and banned him from playing soccer for four months and nine competitive internationals—the longest-ever ban imposed on a player at the World Cup.

Although some fans were tempted to explain Suarez’s actions in terms of his passion and the pressure of a World Cup match, interestingly, Suarez had twice before been banned for biting players on the pitch, when playing for Dutch club Ajax and English Premier club Liverpool. As a result, FIFA was determined to impose a relatively harsh punishment. The ban meant that Suarez would miss Uruguay’s round of 16 match against Colombia in the World Cup, a match that Uruguay lost 0-2.

Despite all this, Suarez received a hero’s welcome when he returned to Uruguay, where the country’s president and the national media considered that he had been made a scapegoat.

If you go to the movies tonight, you may choose to see a violent film, in which you may view depictions of assaults, kidnappings, murders, rapes, wars, or executions. If you turn on the TV or surf the Internet, you’ll likely see news reports of the real thing—more assaults, kidnappings, murders, rapes, wars, and executions. We also suffer more directly from aggression in our everyday life. When we get in our cars we may become the victim of aggressive driving by other drivers, or we may play violent video games that involve—well, more murder and killing. Even relaxing by watching sports on TV will lead us to see violence, as football players purposely kick and trip one another and hockey players start violent fistfights. Although there is evidence to suggest that human violence has steadily declined over the centuries (adjusting for population growth; Pinker, 2011), we certainly live in a world in which violence—be it terrorism, war, rape, child abuse, or even bullying—occurs with uncomfortable frequency (Dutton, Boyanowsky, & Bond, 2005).

Although we have argued that people are generally caring toward others—that they have a basic desire to accept, care for, and help them—the violent events that surround us present a problem for this assumption. If people are generally good and care about others so much, then how could anyone possibly kill another human being, let alone participate in a suicide bombing or even genocide? Do aggressive events mean that people are naturally aggressive, violent, and hostile—or are they unusual events, shaped more by particularly extreme social situations that do not reflect the normal character of human beings?

We will answer these questions by considering the underlying principles of aggression—in terms of affect, cognition, and behavior, and in terms of the general goals of protecting the self and reaching out to others. (In this case, however, it is the former goal that prevails.) Aggression is wired into the deepest and oldest parts of our brain and yet is stimulated and controlled by social, situational, and cultural variables. In this chapter, we will study the causes of aggression and make some suggestions for how we might be able to reduce it. Most importantly, we will see that—consistent with our analysis of human behavior more generally—aggression is not so much about the goal of harming others as it is about the goal of protecting the self.

Pinker, S. (2011). The better angels of our nature: Why violence has declined. New York: Viking.