An important aspect of economics is economic statistics, and an army of economists collects and analyzes these statistics. This chapter presents an overview of the economic activity of the United States. How much do you need to know about these statistics? It would be ridiculous to memorize them. At the same time, it would be undesirable to be ignorant of how we are changing and how we are not.I apologize to those using the book in foreign countries; this chapter is about the United States not because it is more important but because I know it better. Encourage your professor to write a chapter on your country! All of the statistics in this chapter come from Fedstats, www.fedstats.gov/, from FRED, http://research.stlouisfed.org/fred2/, and from the NBER, http://www.nber.org/. 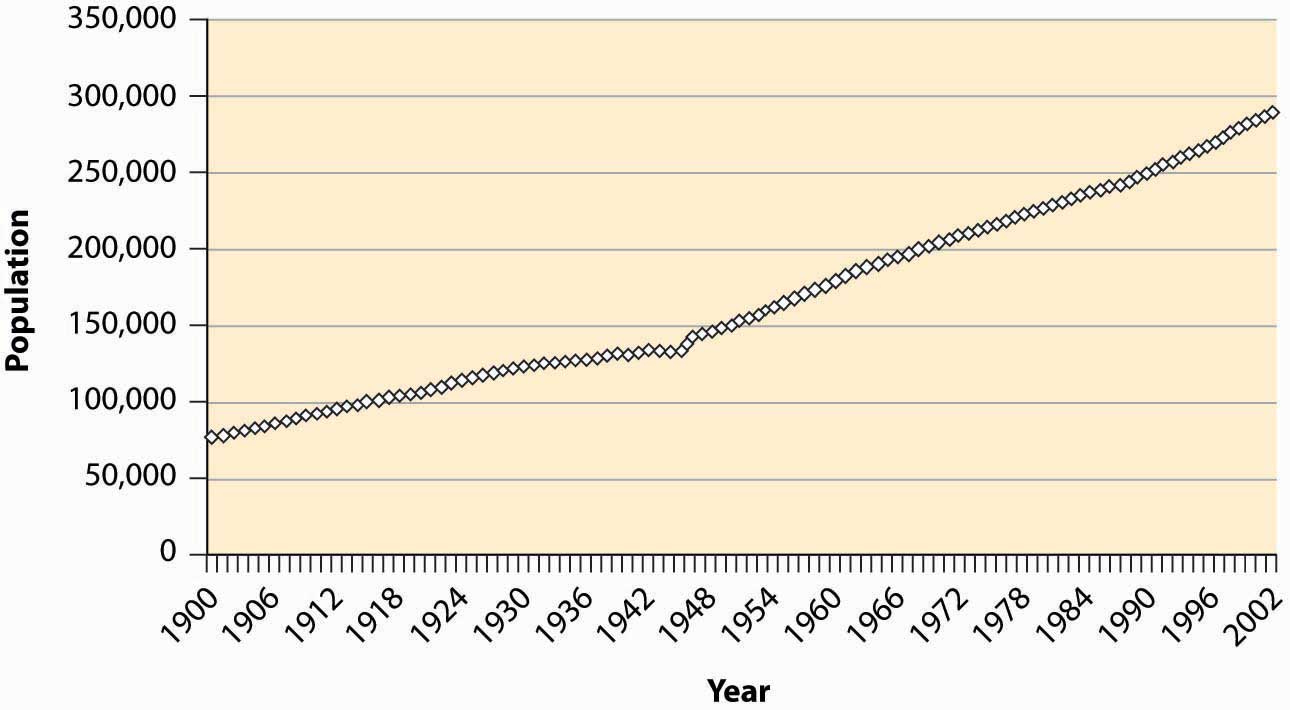 During the last century, the U.S. population has become primarily an urban population, growing from 40% to 80% urban. The population is primarily white, with 12%–13% African American and 4% classified as other. These proportions are relatively stable over the century, with the white population falling from 89% to 83%. The census is thought to understate minority populations because of greater difficulties in contacting minorities. The census does not attempt to classify people but instead accepts people’s descriptions of their own race. 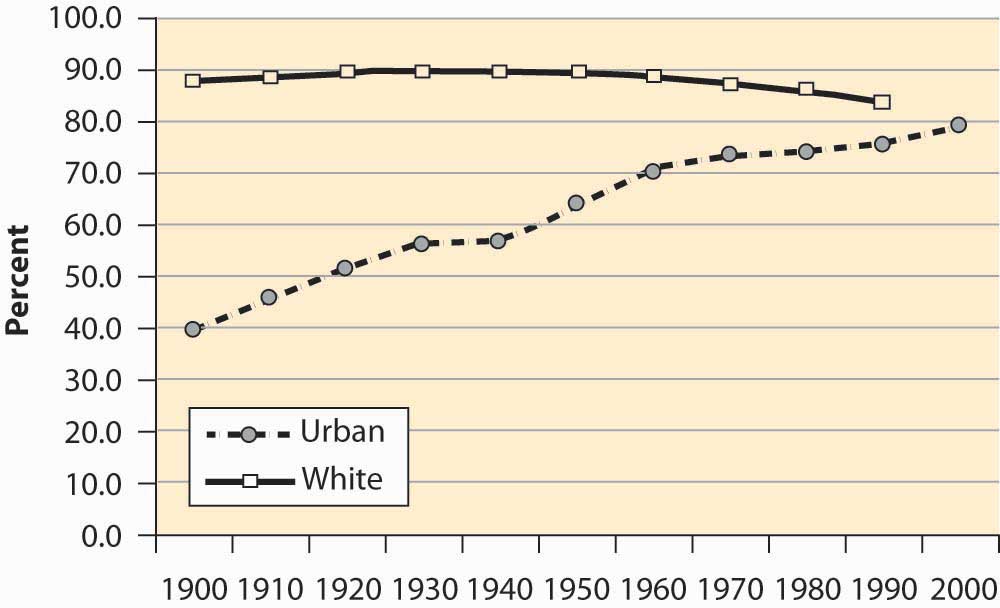 Figure 4.4 Proportion of population under age 5 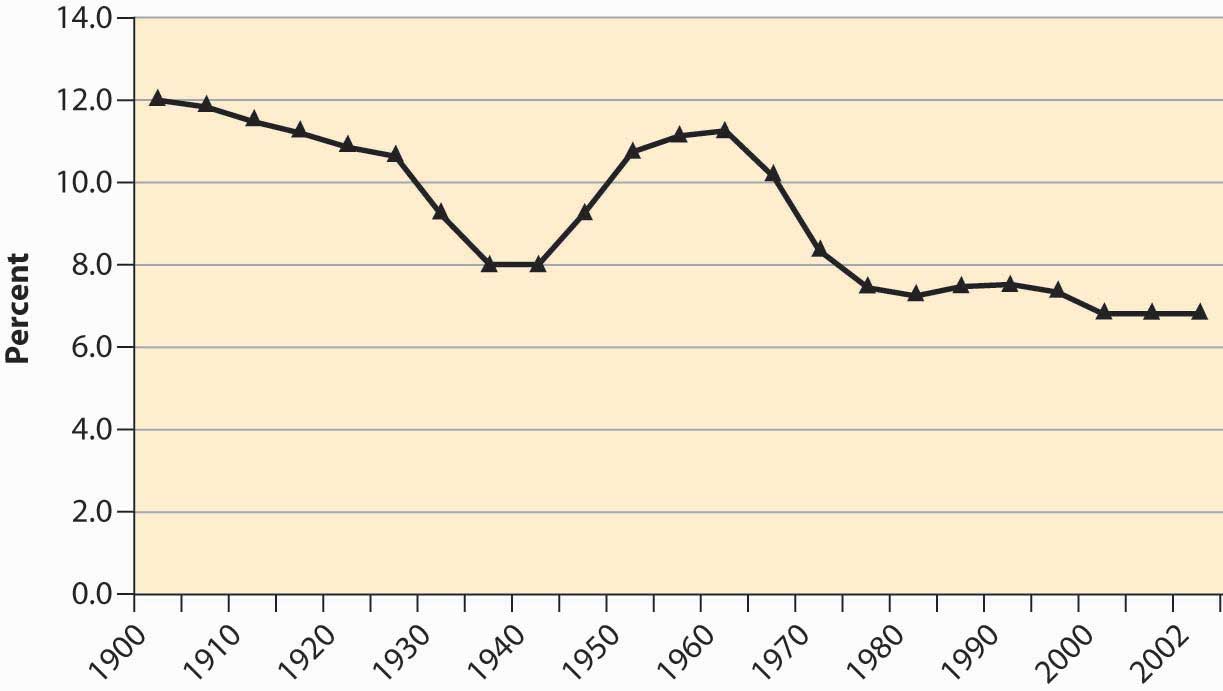 The aging of the American population is a consequence of greater life expectancy. When social security was created in 1935, the average American male lived to be slightly less than 60 years old. The social security benefits, which didn’t start until age 65, thus were not being paid to a substantial portion of the population.

Marriage rates have fallen, but primarily because the “never married” category has grown. Some of the “never married” probably represent unmarried couples, since the proportion of children from unmarried women has risen fairly dramatically. Even so, marriage rates are greater than they were a century ago. However, a century ago there were more unrecorded and common-law marriages than there probably are today. 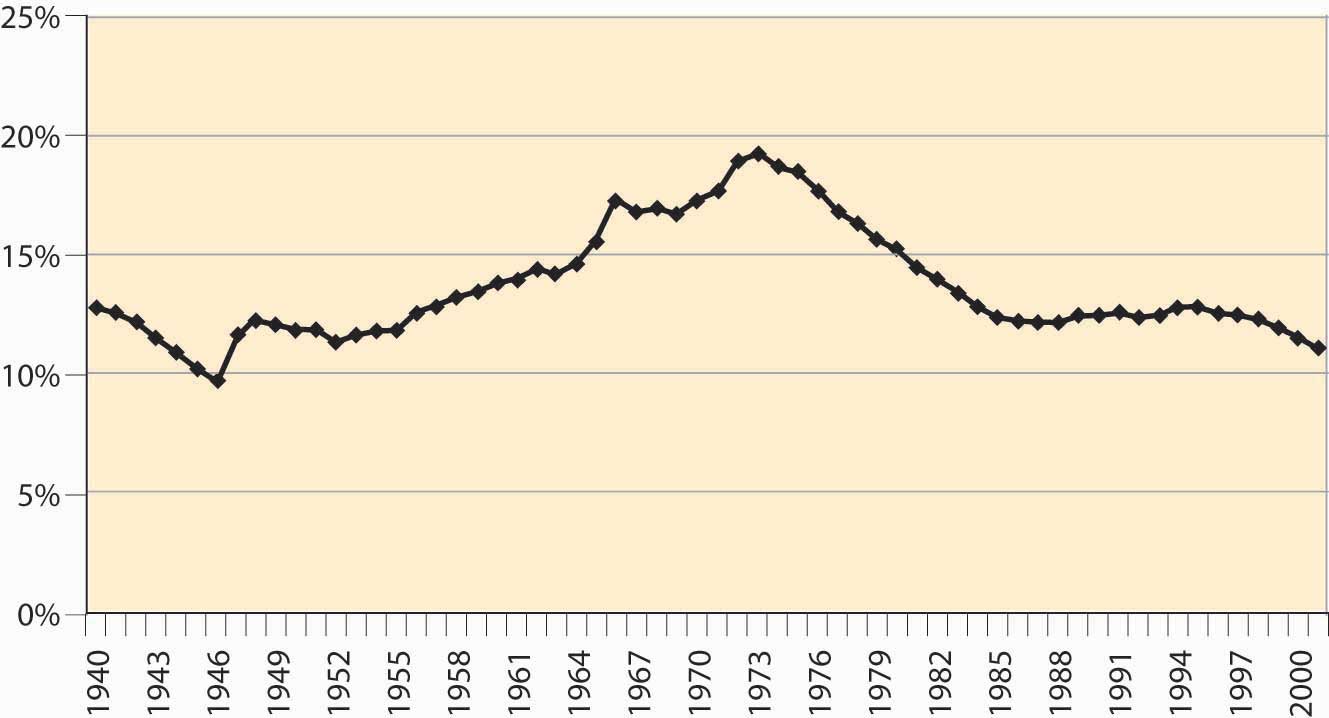