The U.S. economy has recessions, a term that refers to a period marked by a drop in gross domestic output. Recessions are officially called by the National Bureau of Economic Research, which keeps statistics on the economy and engages in various kinds of economic research. Generally, a recession is called whenever output drops for one-half of a year.

These fluctuations in output are known as the business cycle, which is not an exact periodic cycle but instead a random cycle.

Figure 4.54 Percentage of the population employed 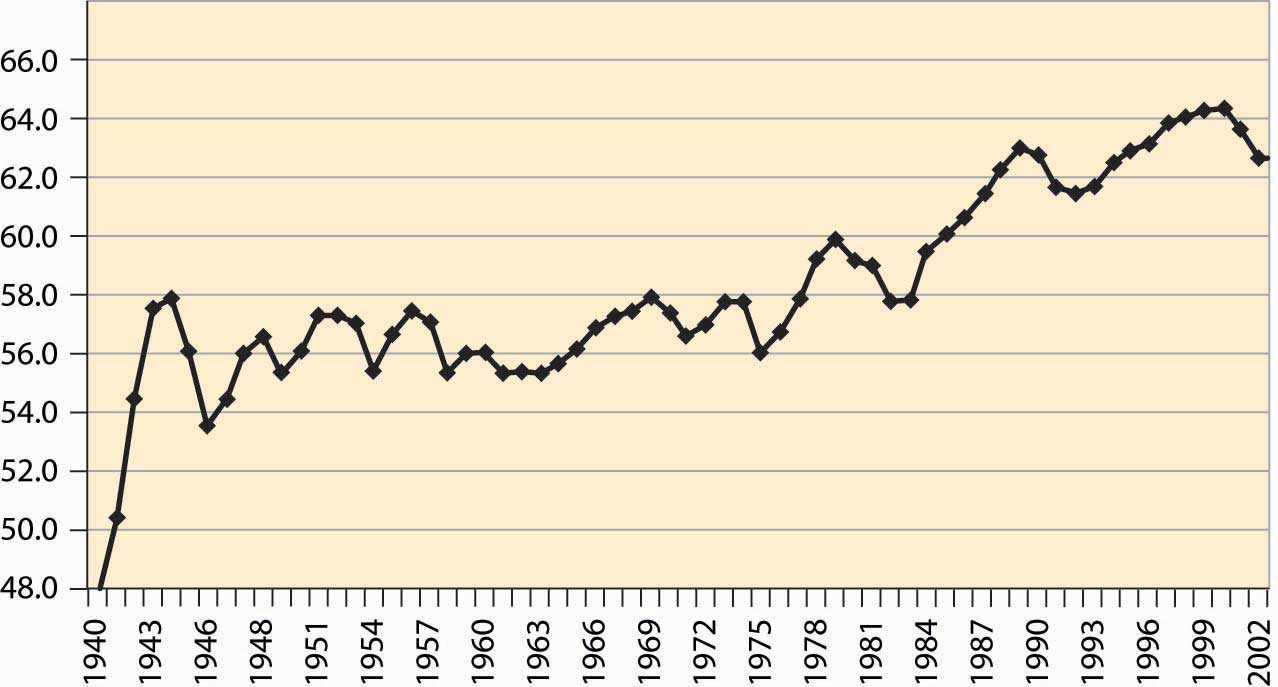 Some economic variables are much more variable than others. For example, investment, durable goods purchases, and utilization of production capacity vary more dramatically over the business cycle than consumption and employment. Figure 4.55 "Industrial factory capacity utilization" shows the percentage of industrial capacity utilized to produce manufactured goods. This series is more volatile than production itself and responds more strongly to economic conditions. 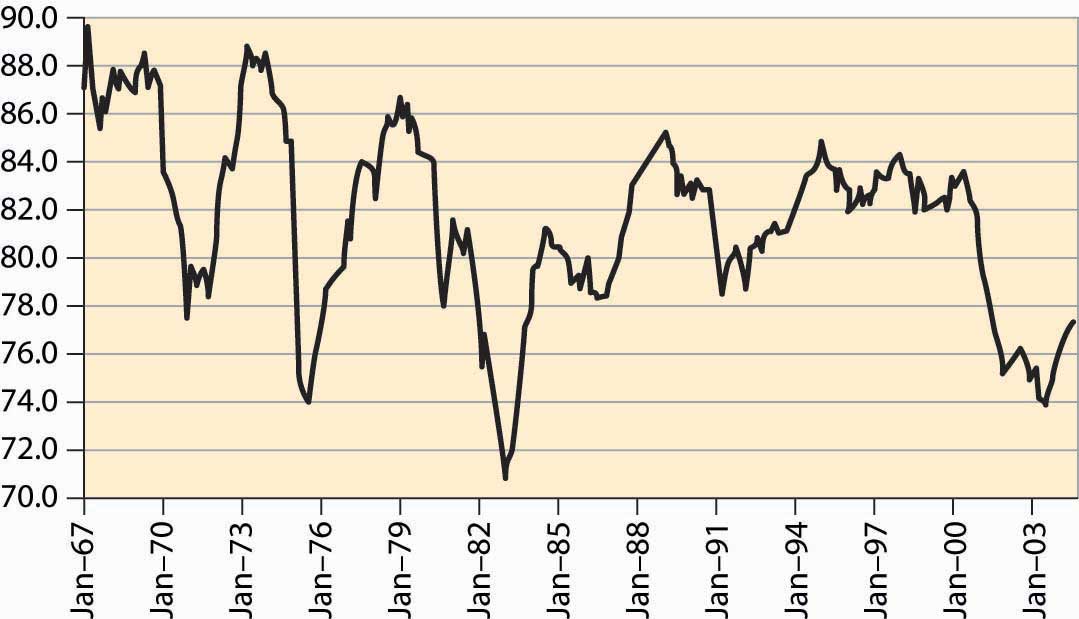 Most of the field of macroeconomics is devoted to understanding the determinants of growth and of fluctuations, but further consideration of this important topic is beyond the scope of a microeconomics text.