There is division among sociologists who study culture. Those who study the sociology of culture have limitations on the categorizations of cultural topics and objects restricting the view of culture as a social product or consequence. The theoretical works of Emile Durkheim, Karl Marx, and Max Weber and the field of anthropology, shaped the sociology of culture. Durkheim found culture and society are interrelated. He explained social structures or institutions serve a functions society. As a collective group, society’s culture including its social, political and economic values are essentially part of and reflected in all structures or institutions (Durkheim 1965). Marx believed social power influences culture. He suggested cultural products depend on economics and people who have power are able to produce and distribute culture (Marx 1977). Weber in alignment with the traditional humanities viewpoint emphasized the ability of culture to influence human behavior. His perspective argued some cultures and cultural works are ideal types that could be lost if they were not preserved or archived (Weber 1946). Until the late twentieth century, anthropologists emphasized the importance of art and culture to educate, instill morality, critique society to inspire change (Best 2007). Initial thoughts on culture focused on how culture makes a person. These works accentuated the idea that certain cultural elements (i.e., elite or high culture) make a person cultured.

In contrast, the study of cultural sociology suggests social phenomena is inherently cultural (Alexander 2003). Cultural sociology investigates culture as an explanation of social phenomena. During the cultural turn movement of the 1970s, cultural sociology emerged as a field of study among anthropologists and social scientists evaluating the role of culture in society. Academics expanded their research to the social process in which people communicate meaning, understand the world, construct identity, and express values and beliefs (Best 2007). This new approach incorporates analyzing culture using data from interviews, discussions, and observations of people to understand the social, historical structures and ideological forces that produce and confine culture.

Cultural sociology examines the social meanings and expressions associated with culture. Cultural sociologists study representations of culture including elitist definitions and understanding such as art, literature, and classical music, but also investigate the broad range of culture in everyday social life (Back, Bennett, Edles, Gibson, Inglis, Jacobs, and Woodward 2012). Noting the significance of culture in human social life, sociologists empirically study culture, the impact of culture on social order, the link between culture and society, and the persistence and durability of culture over time (Griswold 2013). Cultural sociology incorporates an interdisciplinary approach drawing on different disciplines because of the broad scope and social influences culture has on people. Culture is inseparable from the acts and influence of cultural practices embedded within social categories (i.e., gender, ethnicity, and social class) and social institutions (i.e., family, school, and work) that construct identities and lifestyle practices of individuals (Giddens 1991; Chaney 1996). In the effort to understand the relationship between culture and society, sociologists study cultural practices, institutions, and systems including the forms of power exhibited among social groups related to age, body and mind, ethnicity, gender, geography, race, religion and belief systems, sex, sexuality, and social class.

"Cultural Identity in Art" by Kristen Kennedy is licensed under CC BY 4.0

In the study of cultural sociology, many practitioners examine both quantitative and qualitative data to develop an understanding of cultural experiences. Quantitative or numeric data provides a framework for understanding observable patterns or trends while qualitative or categorical data presents the reasoning behind thoughts and actions associated with patterns or trends.

The collection of qualitative data incorporates scientific methodological approaches including participant observation (observing people as a member of the group), interviews (face-to-face meetings), focus groups (group discussions), or images (pictures or video). Each method focuses on collecting specific types of information to develop a deep understanding about a particular culture and the experiences associated with being a member of that culture.

Ethnographers study people and cultures by using qualitative methods. Ethnography or ethnographic research is the firsthand, field-based study of a particular culture by spending at least one year living with people and learning their customs and practices (Kottak and Kozaitis 2012). In the field, ethnographers are participant observers and a participant of the group or society of study. Participant observers face challenges in remaining objective, non-bias, and ensuring their participation does not lead or influence others of the group in a specific direction (Kennedy, Norwood, and Jendian 2017). This research approach expects ethnographers to eliminate the risk of contaminating data with interference or bias interpretations as much as humanly possible. 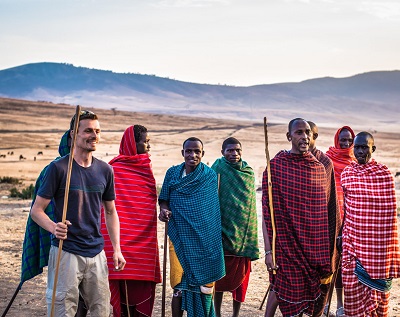